CTU ranks among the TOP 400 universities in the world

The CTU in Prague has achieved another historic success – for the first time in the history of measuring university quality in the prestigious QS World University Rankings, it has reached the Top 400. Compared to last year, it improved by 25 places and took 378th place out of this year’s total of 2,642 ranked universities.

CTU in Prague is continuously improving its position in international comparison. It has improved the most of all Czech universities this year – and at the same time, it is ranked among the top 400 universities in the world. According to the percentile, it is in the top 27%. In the general comparison, CTU is ranked third nationally, behind CU and UCT.

“I am very pleased and honoured that CTU continues its upward trend in the world rankings and that we have achieved our best-ever ranking. Our thanks go to all our colleagues, both staff and students, because without them and their talent and commitment, CTU would never have made it into the top four hundred universities, ” said Vojtěch Petráček, Rector of CTU. Students presented their research at the Prague Embedded Systems Workshop 2022 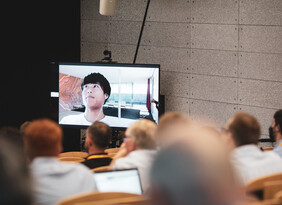 The conference CPM took place on 27–29 June 2022 at the Faculty of Information Technology, CTU in Prague. We offer 3 postdoc positions. Our attractive two-year fellowship program provides an opportunity for researchers to continue their careers at the CTU.