The World Champion in Excel is a student of FIT CTU

The 2022 World Champion in Excel is a student of the Faculty of Information Technology CTU in Prague at the MOS World Championship in California. He made it to the finals out of a million students from 60 countries around the world and became a two-time Microsoft Office World Champion. He plans to continue to improve in MS programs and pass on his skills.

Ondřej Cach reached the MOS World Championship on 24–27 July 2022 for the third time. In 2019, he competed in the finals in the Microsoft PowerPoint category in New York and won second place. Two years later, he became the world champion in the Microsoft Word category when the event was held online. This was the last time Ondrej could participate in the competition, as he has already competed in all Microsoft Office programs, and you can only participate once in each category.

This year’s competitors had to develop two projects. In the first one, they had to get as close to the given task as possible in a certain time. The second one, a more creative project on the topic, was a skills gap this year. The competitors had more flexibility and more time. The first project was evaluated by a computer, and the second one by an expert jury. In the more creative part, each competitor could show what he or she is good at and what he or she can do in a certain program. The project was prepared for a real client, and Ondřej was excellent in both projects.

Ondřej, as the winner, received a financial reward in addition to the prizes. At the FIT CTU, he is studying the Information Security bachelor specialization, and studying abroad does not currently attract him. 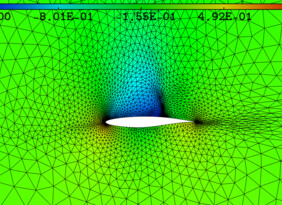 FIT CTU provides not only its students of Artificial Intelligence specialization with a computational GPU cloud based on the NVIDIA DGX A100 software system worth over CZK 4 million. 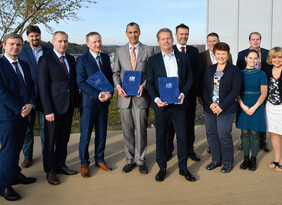 FIT CTU, together with CIIRC and Czechtrade, will support the restoration of Ukraine with the help of a smart application

The Memorandum of Cooperation in the project Demands and Offers Ukraine 2022 was signed. 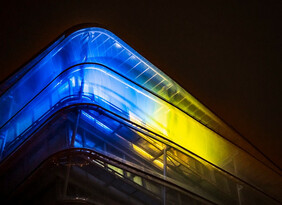