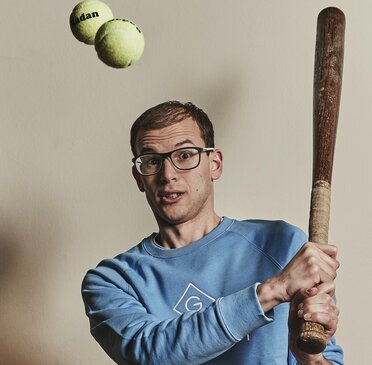 Already at primary school, he started creating websites, and when he was 16, he established, together with Vojtěch Paukner, a charitable project called Milý Ježíšku (Dear Baby Jesus), which has already fulfilled more than 11,000 Christmas wishes of children in children’s homes and from disadvantaged families. Thanks to this charitable idea and the project’s success they were selected for the Forbes Czech Republic 30under30 list.

“We are now collaborating with 70 children’s homes and dozens of socially disadvantaged families. The number of donors is growing. Only about 1 % of all wishes remain unfulfilled,” says Martin Kučera.

After high school, Martin started working as a backend developer at manGoweb. He soon realized that the majority of his fellow programmers are either former or current students of FIT. The everyday discussions about Progtest and other entertainments got him hooked and he decided to try his luck and send an application. He really loved the studies and decided to extend them by one more year (of which he spent 6 months on an exchange program in Singapore). He completed his bachelor studies with honours and he is now studying at ETH Zürich with the financial support from the Bakala Foundation.