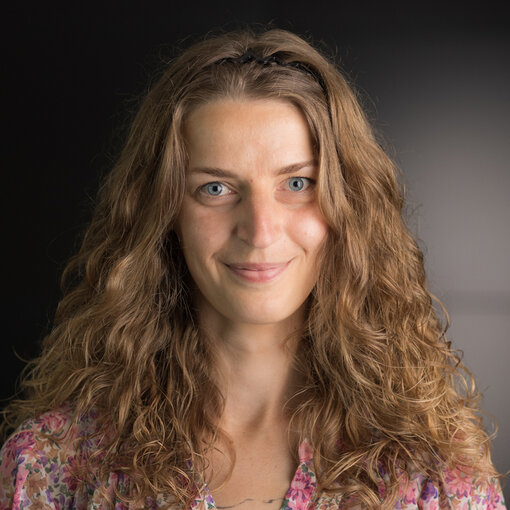 Authors
Kovalenko, A.; Kordík, P.; Friedjungová, M.
Year
2021
Published
Artificial Neural Networks and Machine Learning – ICANN 2021. Cham: Springer, 2021. p. 235-247. 1. vol. 12892. ISSN 1611-3349. ISBN 978-3-030-86339-5.
Type
Proceedings paper
DOI
10.1007/978-3-030-86340-1_19
Departments
Department of Applied Mathematics
Annotation
Small neural networks with a constrained number of trainable parameters, can be suitable resource-efficient candidates for many simple tasks, where now excessively large models are used. However, such models face several problems during the learning process, mainly due to the redundancy of the individual neurons, which results in sub-optimal accuracy or the need for additional training steps. Here, we explore the diversity of the neurons within the hidden layer during the learning process, and analyze how the diversity of the neurons affects predictions of the model. As following, we introduce several techniques to dynamically reinforce diversity between neurons during the training. These decorrelation techniques improve learning at early stages and occasionally help to overcome local minima faster. Additionally, we describe novel weight initialization method to obtain decorrelated, yet stochastic weight initialization for a fast and efficient neural network training. Decorrelated weight initialization in our case shows about 40% relative increase in test accuracy during the first 5 epochs.

Authors
Vašata, D.; Halama, T.; Friedjungová, M.
Year
2021
Published
Artificial Neural Networks and Machine Learning – ICANN 2021. Cham: Springer, 2021. p. 575-586. 1. vol. 12892. ISSN 1611-3349. ISBN 978-3-030-86339-5.
Type
Proceedings paper
DOI
10.1007/978-3-030-86340-1_46
Departments
Department of Applied Mathematics
Annotation
Image inpainting is one of the important tasks in computer vision which focuses on the reconstruction of missing regions in an image. The aim of this paper is to introduce an image inpainting model based on Wasserstein Generative Adversarial Imputation Network. The generator network of the model uses building blocks of convolutional layers with different dilation rates, together with skip connections that help the model reproduce fine details of the output. This combination yields a universal imputation model that is able to handle various scenarios of missingness with sufficient quality. To show this experimentally, the model is simultaneously trained to deal with three scenarios given by missing pixels at random, missing various smaller square regions, and one missing square placed in the center of the image. It turns out that our model achieves high-quality inpainting results on all scenarios. Performance is evaluated using peak signal-to-noise ratio and structural similarity index on two real-world benchmark datasets, CelebA faces and Paris StreetView. The results of our model are compared to biharmonic imputation and to some of the other state-of-the-art image inpainting methods.

Authors
Friedjungová, M.; Vašata, D.; Balatsko, M.; Jiřina, M.
Year
2020
Published
Computational Science - ICCS 2020. Cham: Springer, 2020. p. 225-239. vol. 12140. ISSN 0302-9743. ISBN 978-3-030-50422-9.
Type
Proceedings paper
DOI
10.1007/978-3-030-50423-6_17
Departments
Department of Applied Mathematics
Annotation
Missing data is one of the most common preprocessing problems. In this paper, we experimentally research the use of generative and non-generative models for feature reconstruction. Variational Autoencoder with Arbitrary Conditioning (VAEAC) and Generative Adversarial Imputation Network (GAIN) were researched as representatives of generative models, while the denoising autoencoder (DAE) represented non-generative models. Performance of the models is compared to traditional methods k-nearest neighbors (k-NN) and Multiple Imputation by Chained Equations (MICE). Moreover, we introduce WGAIN as the Wasserstein modification of GAIN, which turns out to be the best imputation model when the degree of missingness is less than or equal to 30%. Experiments were performed on real-world and artificial datasets with continuous features where different percentages of features, varying from 10% to 50%, were missing. Evaluation of algorithms was done by measuring the accuracy of the classification model previously trained on the uncorrupted dataset. The results show that GAIN and especially WGAIN are the best imputers regardless of the conditions. In general, they outperform or are comparative to MICE, k-NN, DAE, and VAEAC.

Authors
Friedjungová, M.; Vašata, D.; Chobola, T.; Jiřina, M.
Year
2020
Published
ESANN 2020 - Proceedings. Louvain la Neuve: Ciaco - i6doc.com, 2020. p. 13-18. ISBN 978-2-87587-074-2.
Type
Proceedings paper
Departments
Department of Applied Mathematics
Annotation
One task that is often discussed in a computer vision is the mapping of an image from one domain to a corresponding image in another domain known as image-to-image translation. Currently there are several approaches solving this task. In this paper, we present an enhancement of the UNIT framework that aids in removing its main drawbacks. More specifically, we introduce an additional adversarial discriminator on the latent representation used instead of VAE, which enforces the latent space distributions of both domains to be similar. On MNIST and USPS domain adaptation tasks, this approach greatly outperforms competing approaches.

Missing Features Reconstruction and Its Impact on Classification Accuracy

Authors
Friedjungová, M.; Vašata, D.; Jiřina, M.
Year
2019
Published
Computational Science – ICCS 2019. Springer, Cham, 2019. p. 207-220. vol. 11538. ISBN 978-3-030-22744-9.
Type
Proceedings paper
DOI
10.1007/978-3-030-22744-9_16
Departments
Department of Applied Mathematics
Annotation
In real-world applications, we can encounter situations when a well-trained model has to be used to predict from a damaged dataset. The damage caused by missing or corrupted values can be either on the level of individual instances or on the level of entire features. Both situations have a negative impact on the usability of the model on such a dataset. This paper focuses on the scenario where entire features are missing which can be understood as a specific case of transfer learning. Our aim is to experimentally research the influence of various imputation methods on the performance of several classification models. The imputation impact is researched on a combination of traditional methods such as k-NN, linear regression, and MICE compared to modern imputation methods such as multi-layer perceptron (MLP) and gradient boosted trees (XGBT). For linear regression, MLP, and XGBT we also propose two approaches to using them for multiple features imputation. The experiments were performed on both real world and artificial datasets with continuous features where different numbers of features, varying from one feature to 50%, were missing. The results show that MICE and linear regression are generally good imputers regardless of the conditions. On the other hand, the performance of MLP and XGBT is strongly dataset dependent. Their performance is the best in some cases, but more often they perform worse than MICE or linear regression.

An Overview of Transfer Learning Focused on Asymmetric Heterogeneous Approaches

Authors
Friedjungová, M.; Jiřina, M.
Year
2018
Published
Data Management Technologies and Applications. Cham: Springer International Publishing, 2018. p. 3-26. vol. 814. ISSN 1865-0929. ISBN 978-3-319-94809-6.
Type
Proceedings paper
DOI
10.1007/978-3-319-94809-6_1
Departments
Department of Applied Mathematics
Annotation
In practice we often encounter classification tasks. In order to solve these tasks, we need a sufficient amount of quality data for the construction of an accurate classification model. However, in some cases, the collection of quality data poses a demanding challenge in terms of time and finances. For example in the medical area, we encounter lack of data about patients. Transfer learning introduces the idea that a possible solution can be combining data from different domains represented by different feature spaces relating to the same task. We can also transfer knowledge from a different but related task that has been learned already. This overview focuses on the current progress in the novel area of asymmetric heterogeneous transfer learning. We discuss approaches and methods for solving these types of transfer learning tasks. Furthermore, we mention the most used metrics and the possibility of using metric or similarity learning.

Knowledge at First Glance: A Model for a Data Visualization Recommender System Suited for Non-expert Users

Authors
Kubernátová, P.; Friedjungová, M.; van Duijn, M.
Year
2018
Published
Proceedings of the 7th International Conference on Data Science, Technology and Applications. Porto: SciTePress - Science and Technology Publications, 2018. p. 208-219. vol. 1. ISBN 978-989-758-318-6.
Type
Proceedings paper
DOI
10.5220/0006851302080219
Departments
Department of Applied Mathematics
Annotation
In today’s age, there are huge amounts of data being generated every second of every day. Through data visualization, humans can explore, analyse and present it. Choosing a suitable visualization for data is a difficult task, especially for non-experts. Current data visualization recommender systems exist to aid in choosing a visualization, yet suffer from issues such as low accessibility and indecisiveness. The aim of this study is to create a model for a data visualization recommender system for non-experts that resolves these issues. Based on existing work and a survey among data scientists, requirements for a new model were identified and implemented. The result is a question-based model that uses a decision tree and a data visualization classification hierarchy in order to recommend a visualization. Furthermore, it incorporates both task-driven and data characteristics-driven perspectives, whereas existing solutions seem to either convolute these or focus on one of the two exclus ively. Based on testing against existing solutions, it is shown that the new model reaches similar results while being simpler, clearer, more versatile, extendable and transparent. The presented model can be applied in the development of new data visualization software or as part of a learning tool.

Authors
Friedjungová, M.; Jiřina, M.
Year
2017
Published
Proceedings of the 6th International Conference on Data Science, Technology and Applications. Porto: SciTePress - Science and Technology Publications, 2017. p. 17-27. vol. 1. ISBN 978-989-758-255-4.
Type
Proceedings paper
DOI
10.5220/0006396700170027
Departments
Department of Theoretical Computer Science
Annotation
One of the main prerequisites in most machine learning and data mining tasks is that all available data originates from the same domain. In practice, we often can’t meet this requirement due to poor quality, unavailable data or missing data attributes (new task, e.g. cold-start problem). A possible solution can be the combination of data from different domains represented by different feature spaces, which relate to the same task. We can also transfer the knowledge from a different but related task that has been learned already. Such a solution is called transfer learning and it is very helpful in cases where collecting data is expensive, difficult or impossible. This overview focuses on the current progress in the new and unique area of transfer learning - asymmetric heterogeneous transfer learning. This type of transfer learning considers the same task solved using data from different feature spaces. Through suitable mappings between these different feature spaces we can get more data for solving data mining tasks. We discuss approaches and methods for solving this type of transfer learning tasks. Furthermore, we mention the most used metrics and the possibility of using metric or similarity learning.